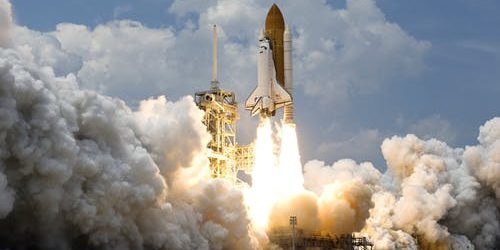 To take a break from the busy routine of life, we all prefer to travel across the country or abroad. With the advancement of science & technology, humans have conquered Space. They are now endeavoured to travel to Space by introducing Space tourism. Introduced by billionaires – Space tourism refers to human Space travel for recreational purposes.

But interestingly, the entrepreneurs namely Jeff Bezos, Elon Musk, and Richard Branson in spite of having a vacation on earth, have opted to travel to Space with their specially developed programs. These billionaires are now aiming to create a commercial Space tourism industry by making the voyage affordable for commoners.

Space Launches of Billionaires aiming to reach and Conquer Space

The British entrepreneur Richard Branson who has founded several companies including a private Spaceflight venture, Virgin Galactic has managed to make his mark in the history of Space exploration by becoming the first tourist to travel outside of Earth in a private company. After this successful launch, Branson is now seeking to make human Spaceflight common and accessible beyond the reach of government and research missions. Branson’s Virgin Galactic is now aiming to launch two more test flights before starting regular commercial services expected in 2022.

Jeff Bezos with his private Spaceflight firm Blue Origin is also aiming to make a similar trip to Space similar to Branson. The company announced that Jeff Bezos with his brother will fly in its first human flight on July 20, 2022. Bezos’s company is evolving technologies that would lower the costs dramatically so that people can afford Space travel. Blue Origin is also aiming to build New Glenn, its orbital launch vehicle that would airlift people to low-Earth orbit destinations and further.

Elon Musk, an entrepreneur and CEO of his private Spaceflight company SpaceX plans to send a human by 2026 to the Red Planet. This mission is viewed as the most ambitious one among other missions to reach Mars. These missions arrive after several operations over the decades have proved the presence of water ice on Mars and therefore kindling expectations that a human landing is possible there. The company has already been delivering cargo to and from the International Space station since 2012.

Is the entrepreneur’s Space tourism benefiting the US and NASA?

The Space tourism business by billionaires will benefit the state’s Space tourism industry in the long run. In the short term, this Space tourism by Elon Musk, Richard Branson, and Jeff Bezos is not advancing humanity or in other words not much benefiting the US economy. However, this era has allowed us to work on the business opportunities of the 21st century & Space mining is likely to be a multi-trillion industry.

See also:  Economies that are currently blooming across the Globe

Economies that are currently blooming across the Globe
July 15, 2021